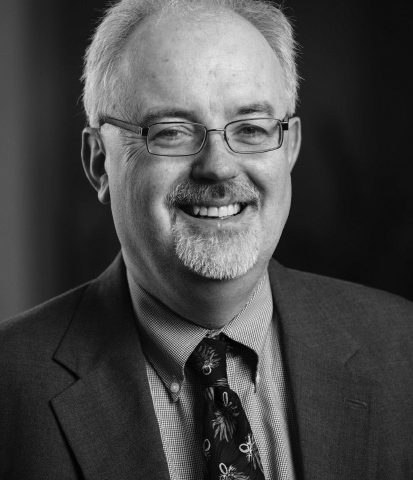 Prof Powderly has been actively involved in HIV-related clinical research for over thirty years. He is the author of over 400 original manuscripts, reviews, and book chapters.

He has been a member of numerous advisory groups on HIV and infectious diseases for the National Institutes of Health (NIH), the US Centers for Disease Control and Prevention, the Canadian Institute for Health Research, and the European Medicines Agency. He is currently a member of the NIH’s Office of AIDS Research Advisory Council.

Simon Collins is an HIV positive treatment advocate at HIV i-Base (www.i-base.info). He encourages people living with HIV to take an active role in their own health. He was lucky to access ART in 1996 – with a CD4 count in single figures.

Responsibilities at i-Base include to co-ordinate the treatment information services including the phoneline and the website. Since 2003, he has edited HIV Treatment Bulletin and he also edits the i-Base treatment guides and the treatment training manual for advocates. In 2017, he produced ‘ART in pictures: HIV treatment explained’. These copyright-free publications have enabled information to be translated into over 35 languages.

Mr Collins is involved in promoting community involvement in clinical research and developing several BHIVA (UK) and EACS (European) treatment guidelines. He is a member of the Drugs Sub Group for London HIV commissioners and is on the Drugs Advisory Group for HIV Clinical Reference Group (CRG) for NHS England).

As a community representative, he is also involved in several research groups including START and PARTNER studies. 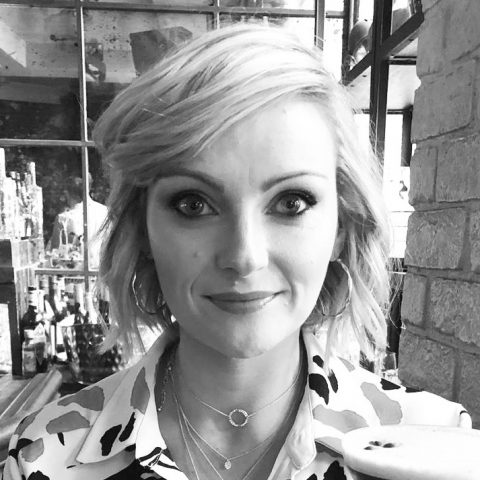 Dr Tara McGinty graduated in medicine from University College Dublin, Ireland and completed her subsequent specialist training in infectious disease medicine in Ireland. She is currently a research fellow with the HIV Molecular Research Group having completed her PhD body of work on the mechanisms of bone disease in people living with HIV and is hoping to defend her thesis in autumn 2019. Her research interests include alterations in the HIV-immune interface and the immunopathogenesis of co-morbidities in people living with HIV with future research projects focusing on these areas. 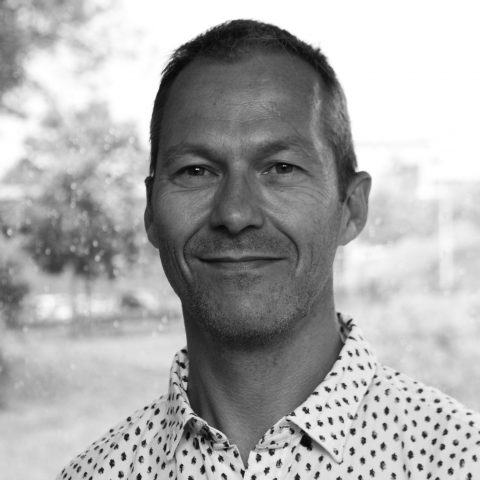 Professor at the Louis Pasteur Technological Institute (IUT Louis Pasteur), Head of the DHPI lab (Dynamic of Host-Pathogen Interactions) and of the Department of Biological engineering at IUT Louis Pasteur, University of Strasbourg, France. He is also a member of the ‘Institut Universitaire de France’, IUF-Top 1% of the professors of the French universities.

With over 25 years working on the field of HIV, he has published more than 50 articles on mechanisms underlying the establishment and the persistence of the HIV-1 reservoirs. Prof Rohr’s group has described the importance of the cellular cofactor CTIP2 in the control of HIV-1 latency and characterized CTIP2-associated partners to demonstrated that they constitute potent targets for ‘shock and kill’ strategies.

Prof Rohr is a member of the EU4HIVCURE and the Biopredire consortiums that aim to accelerate research toward an HIV cure in Europe. 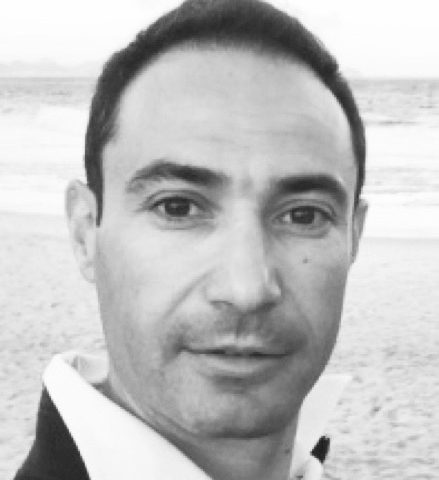 Prof Nunnari conducted his PhD at the Department of Microbiology, University of Catania, Italy, in collaboration with the Center for Human Virology, Division of Infectious Diseases, Department of Medicine, Thomas Jefferson University, Philadelphia PA, USA.

His research focuses on HIV-1 pathogenesis and latent disease, with over a hundred publications and a patent on Cellular Targets for Treatment of Retroviral Infection obtained in 2010, he is widely recognised for his contribution to this field. 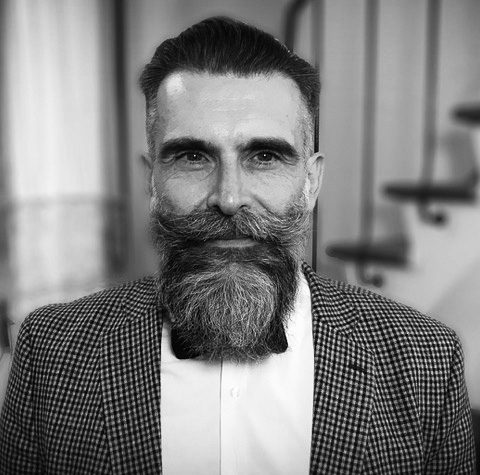 Giovanni Guaraldi, MD, is Associate Professor of Infectious Diseases at the University of Modena and Reggio Emilia, Italy, where he completed his medical training. He completed his residency at Liverpool School of Tropical Medicine UK, and at Jackson Memorial Hospital in Miami USA.

Since 2000 he leads the Modena HIV Metabolic Clinic (MHMC). This referral centre offers a multidisciplinary team approach to HIV patients with metabolic abnormalities and offers a multidimensional evaluation of aging HIV infected patients.

He is the director of a liver and kidney transplant program for HIV infected patients at the multi-organ transplant centre at Policlinico of Modena. He personally cares for approximately 80 HIV patients who received solid organ transplantation. More than 4,500 patients are followed at this Centre.

Prof Guaraldi is a PI on numerous studies generated from the MHMC mainly focused on frailty and HIV associated co-morbidities. He has published over 300 peer reviewed papers. He is co-editor of the Journal of Antimicrobial Chemotherapy and serves as a reviewer for all major HIV journals He is also a supervisor of PhD students in the Experimental Medicine PhD course at the University of Modena and Reggio Emilia.

Prof Guaraldi is a consultant for the European Medicines Agency and serves as a panel member of the European AIDS Clinical Society (EACS) guidelines on prevention and management of HIV associated comorbidities. 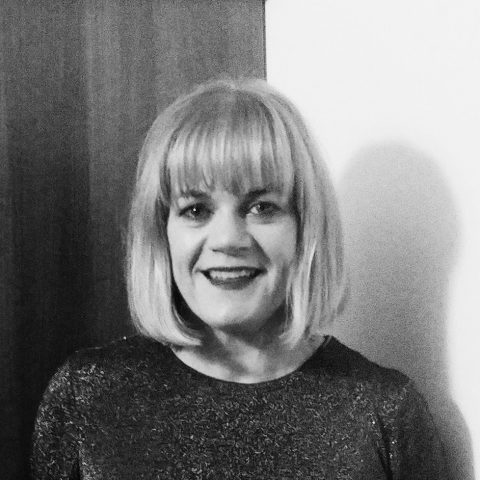 As a nurse academic in DCU she lectures in a variety of areas including mental health nursing, sexual health and sexuality & inclusion health. She has both clinical and research experience in the area of HIV/sexual health. Denise holds a professional doctorate from Bath University, UK.

She is particularly interested in the psychosocial aspects of being HIV positive in this era of HIV normalisation. Recently, she was part of a DCU led research project exploring RSE (relationship and sexuality education) in Irish secondary schools and currently, she is leading a dual diagnosis community inquiry project. 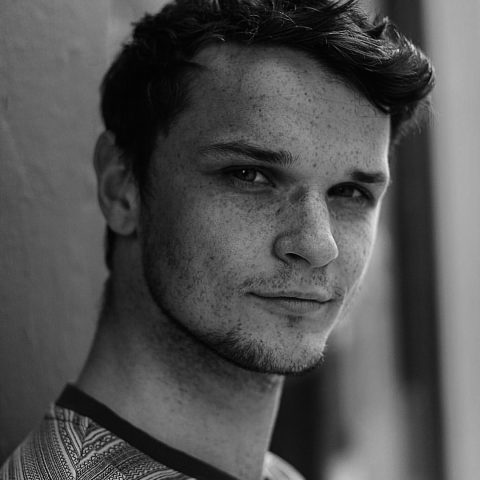 Robbie who is 28 from Dublin, Ireland became active within the HIV community since his diagnosis in 2012. Robbie provides one-on-one peer support to people living with HIV and is an event organizer in the social group organization, MeetUp Plus Friends. Robbie is a co-founder of Act Up Dublin and Access to Medicines Ireland. Other projects include creating visibility around HIV, the issues surrounding HIV and informing the public about their important role in overcoming these issues. To create a platform in which to discuss these issues, Robbie became Mr Gay Ireland in 2014 and completed a Masters in Sexuality Studies. Robbie is currently a PhD candidate with Dublin City University and is exploring effective HIV treatment activism in Ukraine. He wishes to use his experiences of being a sexual health educator, youth power advocate, member of European AIDS Treatment Group, Youth Stop AIDS steering committee member, academic and treatment access advocate to implement effective strategies to overcome issues surrounding HIV both nationally and globally. 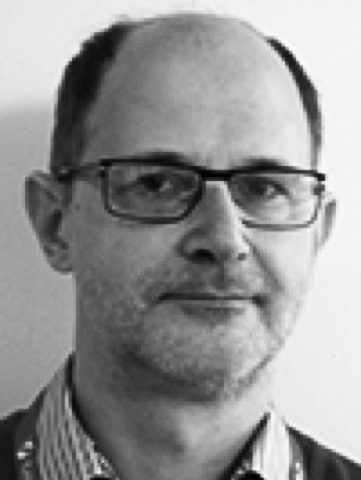 Dr Kaminskiy is the Head of the Infection Pathology Department of the Federal State Budget Institution ‘The National Medical Research Centre of Phthisiopulmonology and Infectious Diseases’ (NMRC) of the Ministry of Public Health of the Russian Federation.

The NMRC, the major tuberculosis and HIV research institution in Russia, focuses on fundamental and applied scientific studies aimed to develop innovative methods for TB, HIV and HCV prevention, detection, diagnostics, and treatment. NMRC performs epidemiology surveillance of TB and HIV and develops standards for diagnostics and treatment of TB, HIV and coinfections in the Russian Federation. It also participates in clinical guidelines in HIV, TB and HCV coinfections and performs professional development training.

Dr Kaminskiy’s remit is to elaborate and implement projects to address epidemics in HIV, TB and viral hepatitis in most affected cities, beginning with the Ural and Siberia, and to work with the Ministry of Public Health of Russia to receive official approval for projects to address these epidemics. He was previously the leading physician in the Moscow Region Center for AIDS and Infectious Diseases Prevention and Management, the largest HIV clinic in Moscow that provides ambulatory care to approximately 30,000 PLWH in the Moscow region.

Dr Kaminskiy has more than 100 publications in microbiology, epidemiology and clinics of infection diseases, he has actively participated in clinical trials and participates in guideline recommendations on diagnosis and HIV treatment. 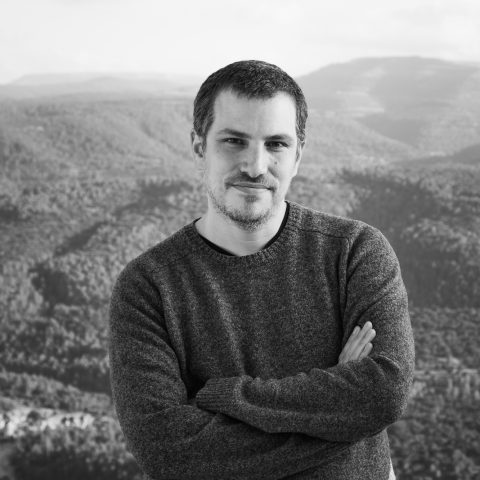 Dr Iñaki Comas is the Head of the Tuberculosis Genomics Unit at the Biomedicine Institute of Valencia (http://tgu.ibv.csic.es/) which aims to use genomics to dissect the pathogen-disease mechanisms of infection and transmission.

After obtaining his PhD on ‘Evolutionary Genomics of Proteobacteria’ from the University of Valencia, he moved to Dr Sebastien Gagneux’s laboratory in the National Institute for Medical Research in London in 2008. They were among the first to use NGS on large scale to address issues related to host-pathogen interaction, evolution and drug resistance.

In 2012 he returned to Spain with the very prestigious Marie Curie and Ramón y Cajal grants where he established a new line of research in tuberculosis. In 2016, he started a new position as Civil Servant Scientist at the Instituto de Biomedicina de Valencia.

Dr Comas is a world leading expert on the implementation of next generation sequencing approaches applied to the evolution, epidemiology and clinical aspects of the Mycobacterium tuberculosis complex. These analyses have led to breakthrough insights in our understanding of antigenic variation (Nat Genet. 2010), identification of drug resistance targets (Nat Genet. 2012), evolution with the human host (Nat Genet. 2013, PNAS 2015, Current Biology 2015), identification of genomic determinants of virulence (Chiner-Oms 2019, Bioarxiv) and on transmission of the disease (JID 2014, EBIOMedicine 2018).

Current projects which have secured funding from International (ERC Starting Grant) and several national and regional funds cover basic, applied and clinical/translational research with a major focus on transmission and drug resistance of tuberculosis

This meeting is supported by educational grants from ViiV Healthcare, Gilead Sciences, Merck Sharp & Dohme and Janssen Sciences Ireland which have taken no role in designing the agenda or educational content of the meeting